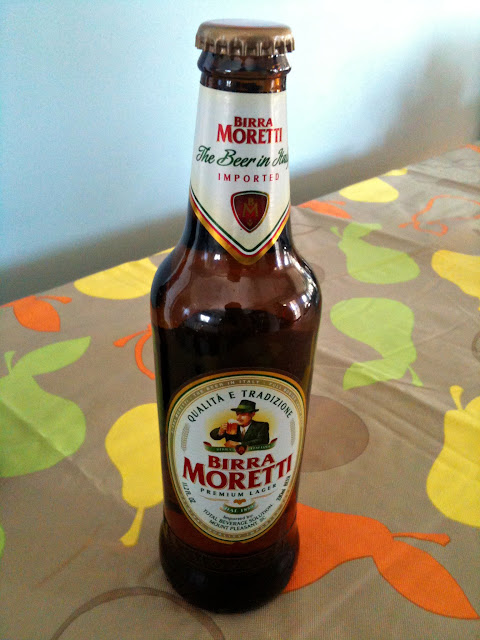 (photo: our favorite Birra Moretti – the traditional lager)
Just the other day I was having one of those peaceful moments informed only by the serene; including an unusually warm and sunny weather, a wonderful match featuring Juventas and Udinese, and a cold beer or birra.  I was consuming Birra Moretti, the iconic Italian brew with the old man with mustache on the label and, without knowing it, originally produced in Udine (the Fruili region of Italy) and the team taking on powerhouse Juventas in an important Serie A match up.
Juventas went on to win the match and remain undefeated, while Udinese will live to fight another day.   Needless to say, I went on to finish my birra and take a nap!
Birra Moretti was founded by Luigi Moretti in 1859 during Austrian occupation of northern Italy (and just prior to Italy being unified).  Birra Moretti was, until the 1990’s, a regional micro-brew sold in and around the Friuli region.  However, the brand began to grow and is now sold in over 40 countries and hugely popular in all parts of Italy.
Our favorite Birra Moretti is the traditional, bottom fermented, lager.  The Moretti lager is a great food beer and pairs well with pizza and simple dishes such as tomato salad, roasted chicken, sausage and peppers, and arancini or rice balls.  Moretti also produces “La Rossa” or a, darker, double (barely) malt brew.  La Rossa has a unique bitter aftertaste with a caramel like flavor profile.  I like to consume La Rossa during the winter months with heartier fare such as eggplant parmigiana, Italian beef stew, and capretto.
One of the most iconic parts of Birra Moretti is the man with the mustache on the label and the story goes that Commander Lao Menazzi Moretti asked an older gentleman at an inn in the Friuli region if he could take his photo enjoying the beer.  The older man replied by saying yes just as long as Lao buy him another drink! 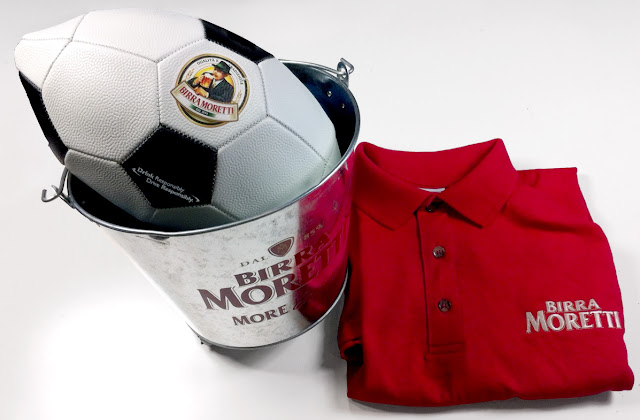 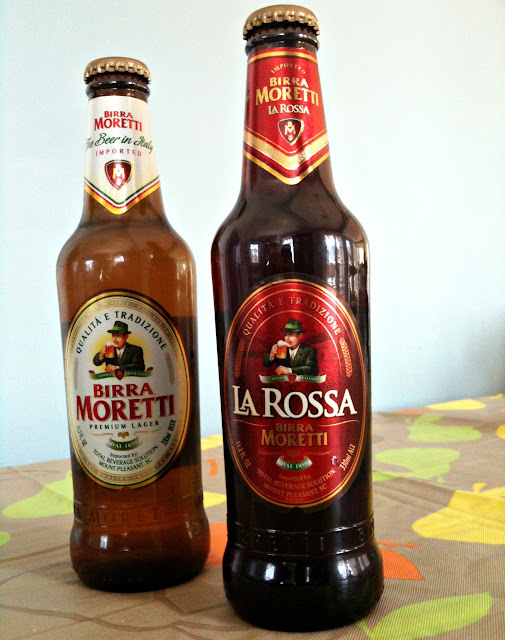