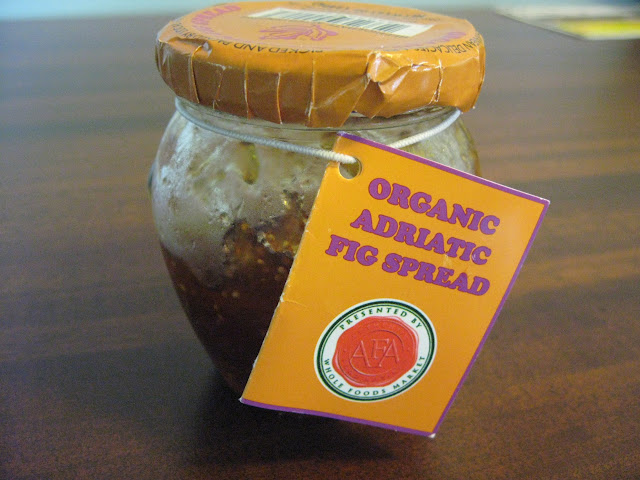 Any time a fruit, such as the Adriatic fig, boasts a history dating back to 9200 BC it deserves both your attention and inclusion in your diet.  Moreover, if that same fruit is grown all over our planet, including Iran, Pakistan, the Mediterranean, India, the United States, Mexico, Chile, South Africa, etc. it demonstrates our collective, and universal, preference for great tasting ingredients – hence Organic Adriatic Fig Spread.

The aforementioned ingredient is the fig and in Italy, specifically, it’s held in high regard and consumed by both northern and southern Italians.  In southern Italy, figs are consumed without manipulation as an afternoon snack or after lunch/dinner, made into various goods such as gelato and cookies (cucidati , for example, can be found in Sicilia during the Christman period), and consumed with certain salumi as pre-dinner snacks.

My Italian family in Calabria grows both white and black figs in both their village homes and farms.  In fact, there are so many fig trees in Calabria that a large percentage of the fruit goes uneaten.  In the US, both my grandfather, uncles, and father all grew, at the least, a few fig trees on their tiny suburban lots.  The figs produced in New Jersey were prized but they didn’t have the same flavor profile and texture as their Mediterranean counterparts.

Recently, I purchased a jar of Organic Adriatic Fig Spread from our local Whole Foods.  The purchase was centered around curiosity and the fact that I needed something sweet to complement our salumi crostoni.  The Adriatic Fig spread is made in Croatia (the Dalmatian coast) and contains organic figs, organic sugar, water, and fruit pectin.  The litte 8.5 oz. jar is elegantly packaged and retails for a little over $7.00.  The figs are sun dried and then cooked to preserve sweetness. 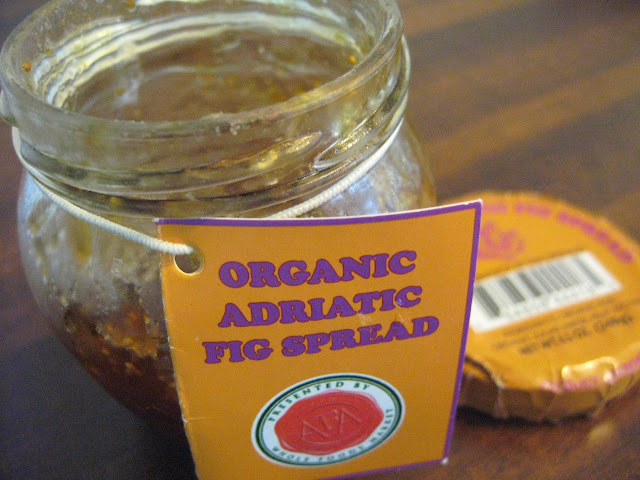 I’ve used the spread on my morning toast and across various crostoni including Gorgonzola, Prosciutto di Parma, and roasted pepper and red onion.  The spread has good fig flavor but it doesn’t taste like a fresh, ripe, fig and tends to be more on the sugary/sweet side (possibly because the product is aimed to be sold in the US).  The consistency and texture is good but I would have liked to have seen large pieces of fig and less pectin.
I like having a jar of the fig spread in my fridge for impromptu appetizers, but when August and  September role around it’s fresh figs only in the Scordo household.