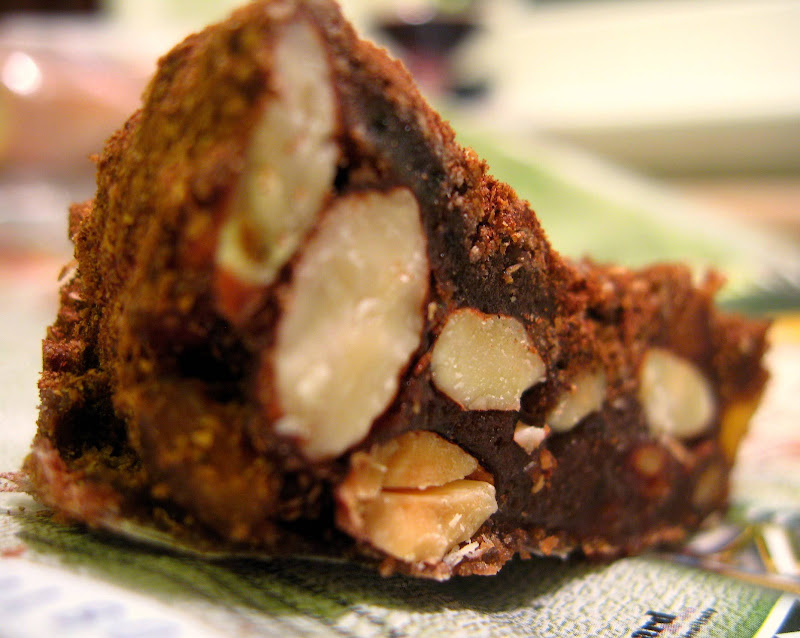 (photo: close up of panforte made by Pasticcerie Sinatti in Siena)
We’ve never been much of a dessert type of site here at Scordo.com – holding the view that sugar and chocolate can’t compete with salt and fat!  So, when we had the opportunity to try a traditional Italian dessert we were a bit skeptical given our countless posts on pastas, salumi, crocchette, eggplant parmigiana, and fried, whole, sardines.
Panforte is a an Italian dessert and is the equivalent of a Tuscan fruitcake (specifically made in the city of Siena).  Panforte (literally translated as “strong bread”) is a flat, dense, round cake made with honey, hazelnuts, almonds, candied citron, citrus peel and spices.  The Nero version (as shown in the photos) includes cocoa powder and differs from panforte fiorito (which includes a layer of marzipan). 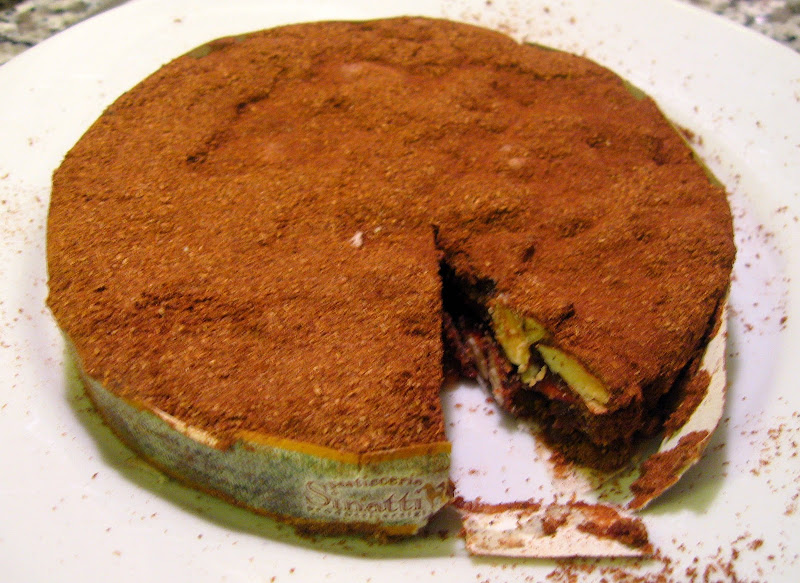 (photo: shot of the entire panforte with a single slice removed, this particular panforte is made by Pasticcerie Sinatti in Siena) 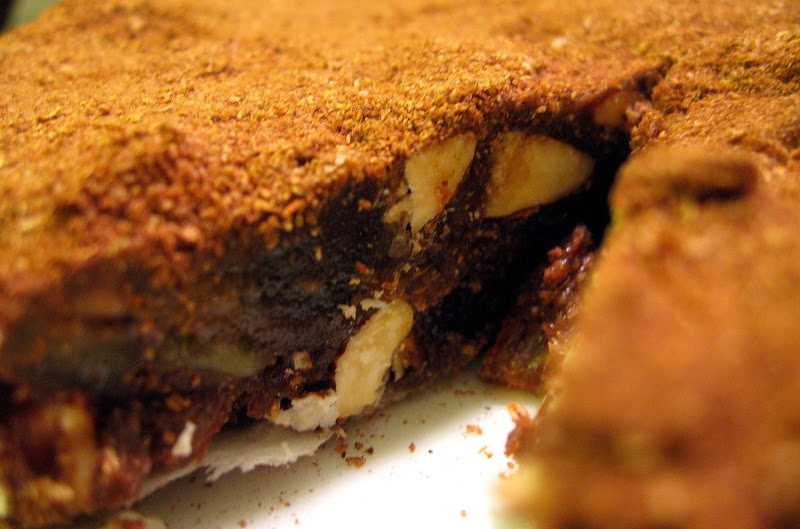 The process of making panforte is fairly simple. Sugar is dissolved in honey and various nuts, fruits and spices are mixed together with flour. The entire mixture is baked in a shallow pan. Commercially produced panforte often have a band of rice-paper around the edge.
Panforte, which dates back to the 13th century, has a very spicy and peppery flavor component and can be a bit off-putting at first.  The dessert contains a small amount of flour, primarily to hold the cake together and is soft just after baking but becomes firm and chewy after cooling. The spicy topping shown in the photos includes a combination of of clove, cinnamon, cocoa, and black pepper.  I like panforte in the morning with a strong cup of coffee or a cafe latte (it’s also served after a meal with a dessert wine). 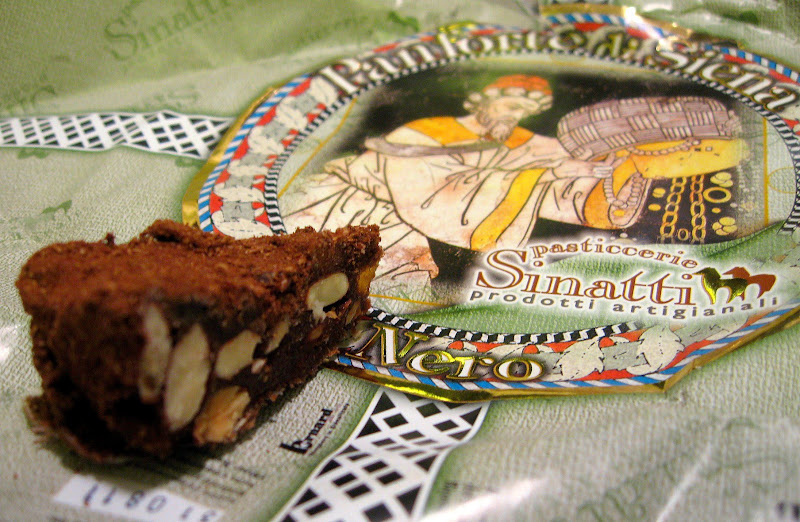 Lastly, It’s been said that the Crusaders of Roman Catholic Europe carried panforte with them on their quests because it stored well and helped them during their sieges; you can keep some in your pocket when you go to your in-laws for a visit.

One of the finest producers from Italy is Pasticcerie Sinatti.