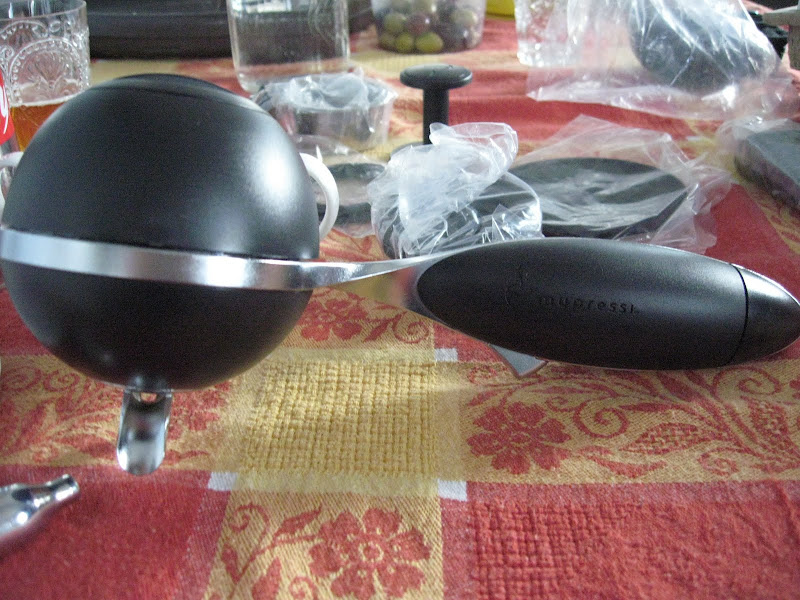 (Photo: Espresso machine meets Battlestar Galactica) I was a big fan of the Sci-Fi series Battlestar Galactica.  Battlestar, as it was known to series insiders, was serious science fiction that was elegantly produced with big ideas, a great script, and blissful (almost film noir) type visuals.  The central plot of Battlestar centered on man made machines called Cylons that evolved […]

END_OF_DOCUMENT_TOKEN_TO_BE_REPLACED by Vincent Scordo in coffee, How To, Italy, products 14 comments

How to Make Great StoveTop Espresso or Moka at Home Like an Italian In my view, espresso is the greatest representation of coffee on the planet.  I do enjoy a cup of French Press coffee each and every day but when I crave pure coffee taste, I brew up a batch of stovetop espresso or at times referred to as Moka […]