How Italian Food Conquered the World 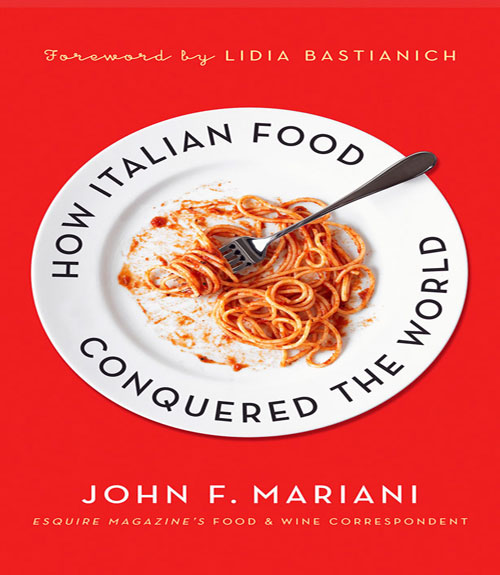 (photo: The cover of John Mariani’s How Italian Food Conquered the World.)

After reading through the first chapter of John Mariani’s How Italian Food Conquered the World I felt both enlightened and stimulated and overwhelmed and short of breath.  The former feeling was a result of the numerous “fun facts” scattered throughout the first chapter ranging from the history of the restaurant in Europe to Goethe and Twain’s first impressions of Italian cuisine.  The latter feelings having to do with shortness of breath and panic are centered on Mariani’s writing style; namely, a high speed data dump of both important and periphery knowledge surrounding Italian cuisine.

Overall, I enjoyed Mariani’s book, whose full time job is with Esquire magazine writing about food and travel,  and it’s well worth getting through the twenty chapters if just for the history lesson on both European and Italian food and, moreover, how Italian American food developed in the United States.
Some of the more enjoyable information gleamed from How Italian Food Conquered the World include:

Overall, Mariani offers a good, yet fragmented, history of Italian food/cuisine.   I know that I’m certainly a more informed cook of Italian food having read through How Italian Food Conquered the World and I’m looking forward to sharing my new found knowledge with my next dinner guests (we’re serving Italian, of course).

Click here for reviews of other Italian themed books on Scordo.