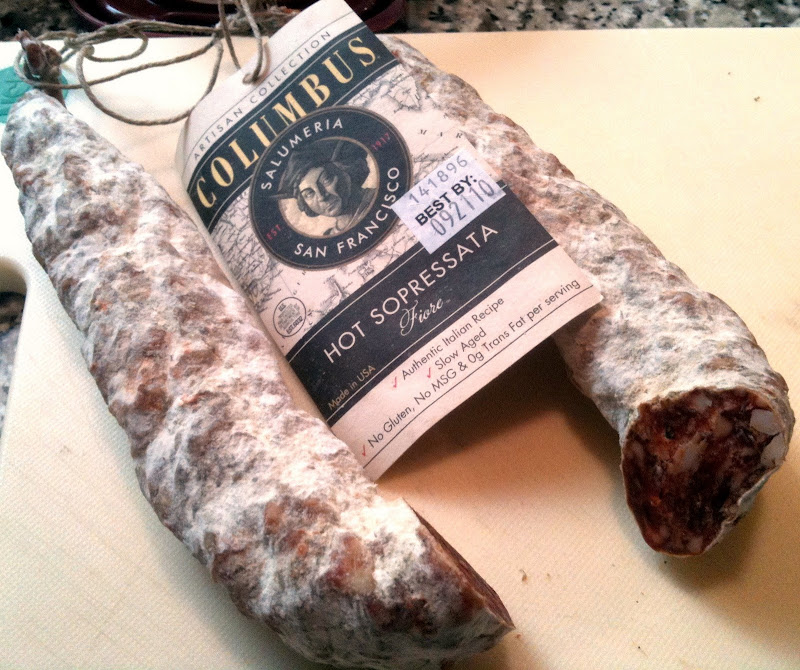 You can tell that a country is serious about preserving food culture when they issue “protective status” labels for cheeses, meats, wines, etc.  Italy, for example has standards for wine (such as DOC or Denominazione di Origine Controllata; meaning that any particular wine from an officially recognized region of Italy must be produced in specific well-defined regions, according to specific rules designed to preserve the traditional wine-making practices of the individual regions). 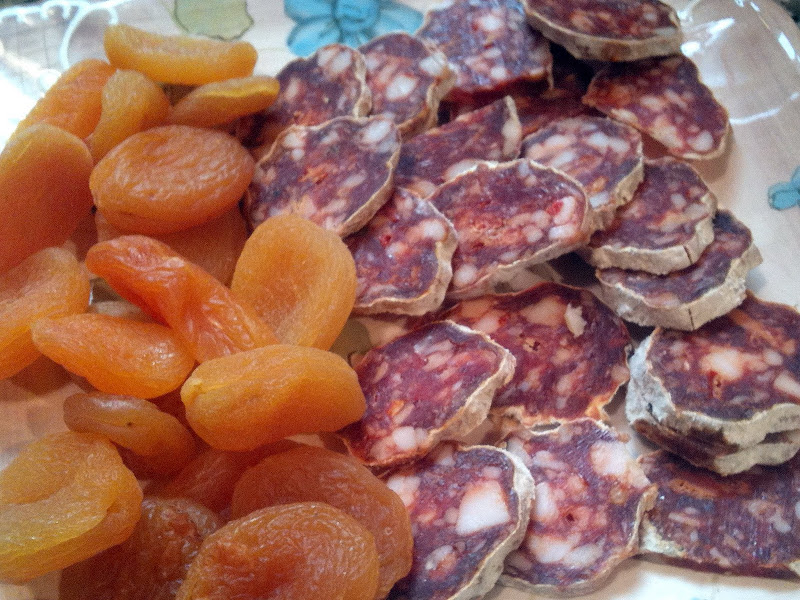 In Calabria, the salami sopressata (see my guide to salami here) enjoys PDO or Protected Designation of Origin status meaning any salami labeled as Sopressata di Calabria must be entirely manufactured (prepared, processed AND produced) within the specific region according to traditional methods.  Sopressata received its name from the practice of pressing the salami between pieces of wood resulting in a straight, flattened shape.

Columbus Artisan salami, which is produced in California and follows traditional Italian methods, makes a hand-crafted hot sopressata that while not having PDO status (by virtue of being made in the US) comes very close to the sopressata being made in Calabria, especially in places like Decollatura (in Catanzaro).
The Columbus Artisan sopressata that I sampled had great color (by way of the peperoncini and red wine used in the preparation) and spice components and a wonderful aroma.  The sopressata also had nice salt and garlic flavors and I was happy that the meat was not overly salted (as is the case for many American sopressata on the market today). 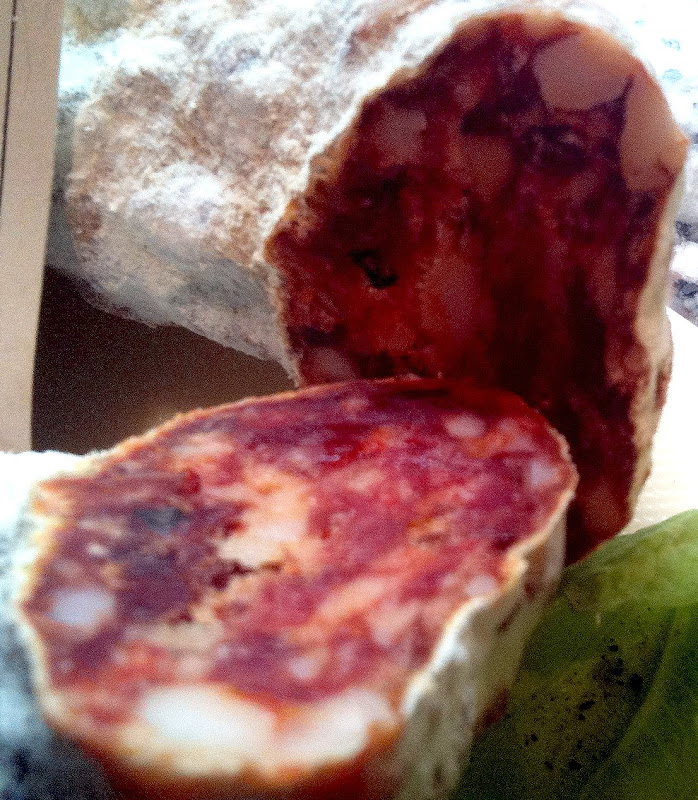