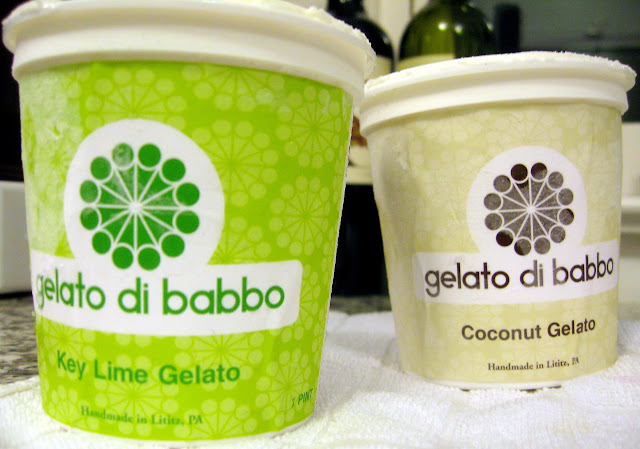 (photo: two of the Gelato di Babbo flavors: key lime and coconut)
Existential Thoughts on Gelato in America
Update: Gelato giveaway from Gelato di Babbo and Scordo.com (see below for details and how to enter)
I’ve recently realized that one needs the psychological resilience of a Cylon to get through the winter months here in the Northeast.  And it’s not so much the snow and cold temperatures, rather the lack of sunshine and greenery that scrambles my brain into entertaining existential thoughts such as, “what’s my place on the planet?” and the equally morose, “can I just hit the re-boot button and start over?”  So, what can one do to feel positive about his or her “being in the world” (I used that phrase for all you Heideggerians out there) beyond escaping to the Caribbean or some spot in the Southern Hemisphere?
My suggestion: have a couple of bowls of gelato.  And not the ordinary swill found in the United States that is often mislabeled (gelato is all about the purity of ingredients and less butterfat) but gelato made by folks like New Jersey native, Kimberly Zanni and her company, Gelato Di Babbo.

I, along with a select group, was fortunate to sample two flavors from Kim’s ever-changing line up last night (including coconut and key lime).  The “select group” included a dyed-in-the-wool gelato snob (viz., my father), a 4 year old pickier than a Libyan revolutionary, and myself (I tried to get our 19 month old to try some but he was in a very aloof state of mind, probably trying to channel some of the Oscar nominees). 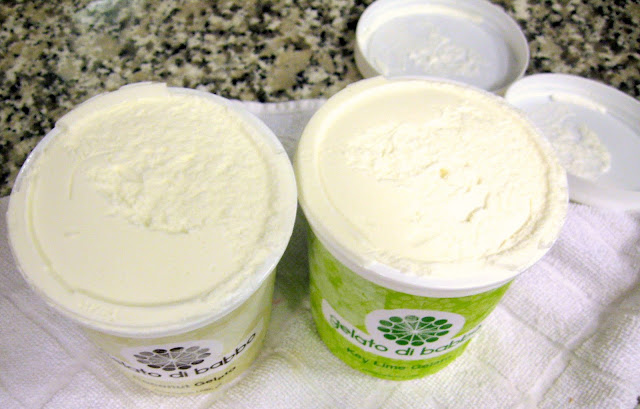 (photo: above the lid shot of the key lime and coconut gelato) 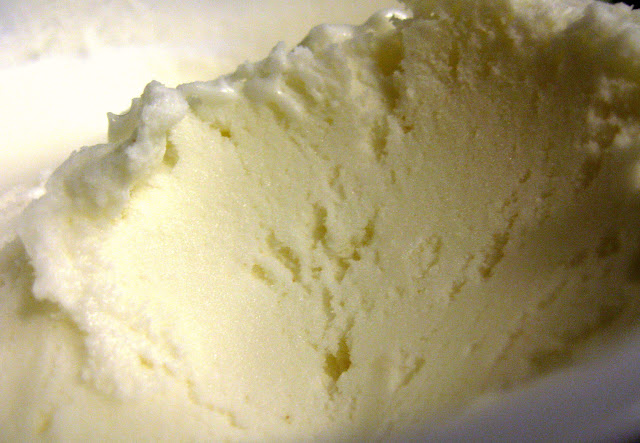 (photo: close up of the key lime gelato) 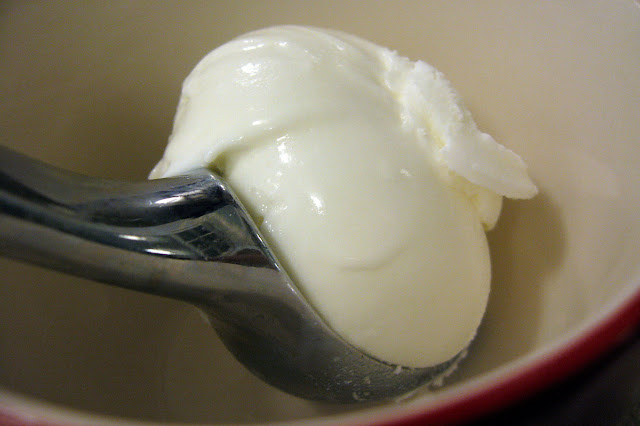 (photo: close up of the coconut gelato)

Both of the gelati from Lititz, PA based Gelato Di Babbo had the right amount (and in turn balance) of sugar, fruit flavor, and mouth feel/texture – the three most critical factors in what, in my view, makes gelato very good or simple frozen stuff you would toss into the garbage can.  The coconut flavor was pronounced with random bits of fresh coconut and velvety texture (no ice crystals) and this was probably due to the fact that Kim introduced the correct amount of air or “overage” into the gelato mix during the freezing process (which is less than American style ice cream).  And the result is a denser type of gelato with intense flavor that is meant to be consumed quickly and not stored for more than a few days.  As for the key lime flavor it was certainly less intense than the coconut (just by virtue of it’s natural flavor; lime is more subtle than coconut in the natural world) but was wonderfully balanced and had the same rich texture and density as the coconut.  My personal favorite was the coconut, however both my father and 4 year old nephew picked key lime as their top choice.
Gelato di Babbo lists over 30 flavors on their web site including Chocolate stout,Mascarpone with Blood Orange Swirl Saffron, Bacio-(Kissed in Italian) Chocolate hazelnut, Amaretto, etc. but according to Kim her true gift to the gelato world is being able to make most naturally occurring items into gelato!  Gelato di Babbo is growing and available at many markets including selected Whole Foods shops, Giant supermarkets, etc. and it’s simply the best gelato I’ve tasted in the United States (period). 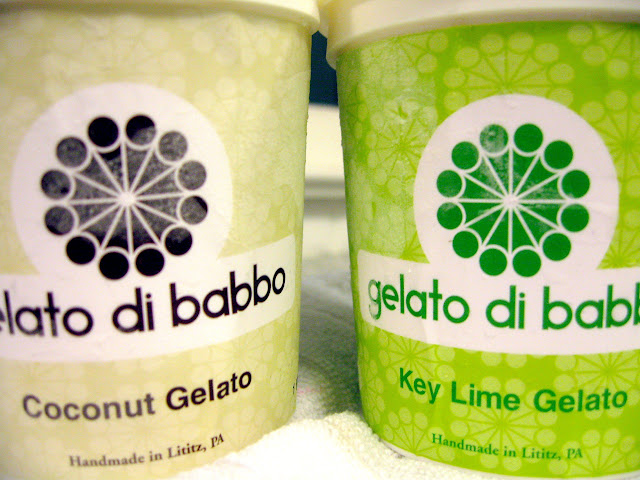 (photo: the product packaging and design it top notch!)
Win Some Free Gelato!
In order to spread the good word about real Italian gelato being made in the US we’ve teamed up with Gelato di Babbo to send two (2) free containers (1 pint each) of their lovely gelato to one lucky Scordo.com reader !  Here’s how you can enter the Gelato di Babbo giveaway contest:
– Prize Giveaway includes two (2) pints of Gelato di Babbo gelato (flavors to be determined during shipment but most likely coconut and key lime)
– What you need to do to enter: 1. leave a comment under this post on your favorite gelato flavor and why 2. become a fan of Scordo on Facebook (if you’re already a fan of Scordo on Facebook then please encourage all of your friends to become fans on Facebook by 1. Click Suggest to Friends, 2. Select Your Friends 3. Send the Invite) as well as Gelato di Babbo on Facebook.
– Only one entry per person please and you must reside in the following “East Coast” states:  ME, NH, VT,MA, RI,CT,NJ, NY, PA,DE, MD,VA,NC,CS,GA,FL .  Sorry, no exceptions can be made given high shipping costs!
– The contest is open until 12 midnight on 3/3/11 and a single random user will be picked via Random.org (sorry contest only open to folks from the States above).  The winner will be announced immediately on Twitter (so please follow me), Facebook, and on Scordo.com by 5PM on Friday, 3/4/11.
– Please use a valid email address when leaving a comment so I can contact you just in case you’re the lucky winner (I’ll need your shipping address).
– Gelato di Babbo will send out the gelato to a single (1) contest winner during the week of 3/7/11