The best broths usually contain chickens that have been butchered with fully attached heads and feet; this little known fact was made abundantly clear to me when I asked my grandmother when she would be removing these parts after slaughtering chickens for a large family meal (I won’t elaborate on her response but you can take a guess).   The simple idea is that cooking the entire chicken produces the most flavorful chicken broth (Brodo di Pollo); in fact, our mother adds any bones available for her delicous chicken broth including capon (rooster) parts and, paradoxically, beef bones!

You can serve chicken broth as is (or either with any small pasta shape <even cut up angel hair> or tortellini).  At times, we add some shredded chicken to our brodo and some of the intact carrots (diced into small pieces).  You can also use brodo to make risotto, other soups, stews, etc. 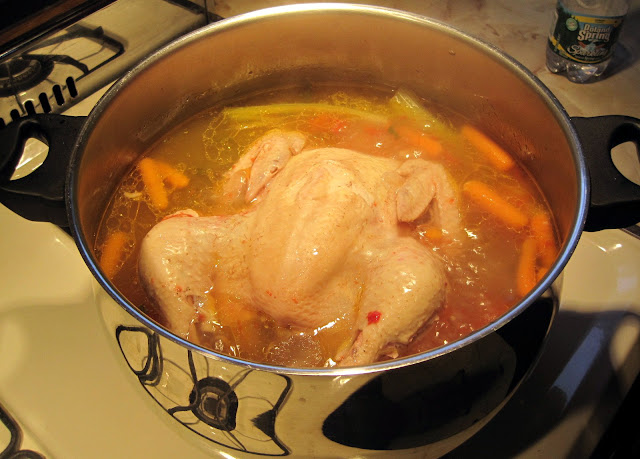