What is Fennel and How to Consume It

Like most foods I love today, my first introduction to fennel was a catastrophe.  My mother recalls a Christmas Eve dinner back in 1981 when a young Scordo (viz., me) erupted in a temper tantrum to end all temper tantrums when it was suggested by an inebriated uncle that he try a piece of raw fennel.  The modern day Scordo couldn’t live without fennel during the winter months and in honor of the upcoming holiday season I’ve decided to offer a brief FAQ on one of my all-time favorite vegetables.

Fennel is considered both an herb (seed) and a vegetable and most fennel found in the US is grown in California (in Calabria wild fennel can be found in the countryside). The most common type, finocchio or Florence, has a bulbous part  (which can be consumed raw or cooked) stalks, and leaves.  Fennel has an anise flavor and is very crisp, in terms of texture. 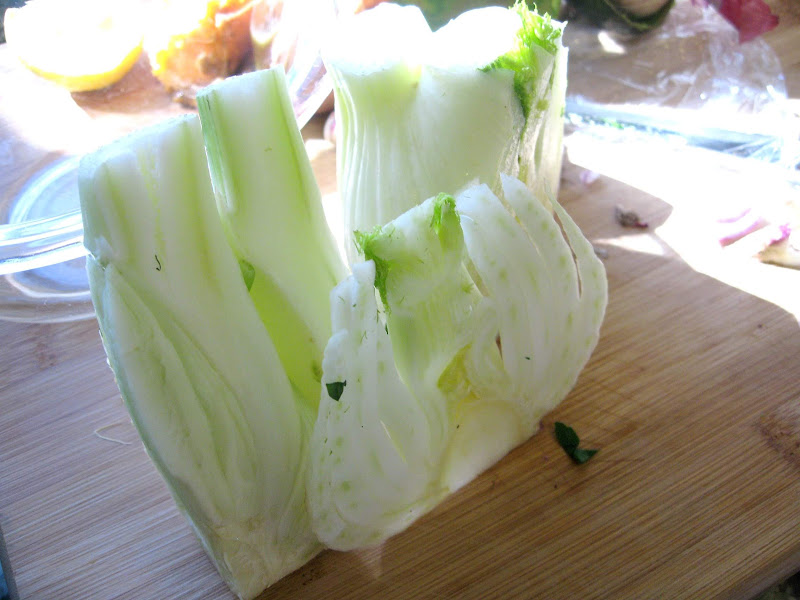 I often consume the fennel base raw (removing the outer shell and tough lower base) and as a digestivo after a large, holiday, meal or in a salad with fresh parsley, radish, and vinaigrette dressing (see my fennel, apple, arugula salad recipe as well).  Sliced raw fennel is also terrific in a large antipasto (“before the meal”) platter with salami, cheese, olives, and dried fruits.  You can braise fennel or sautee it with spicy sausage, for example.  The Toscana style associated with pinzimonio, meaning pinze, or tweezers, and matrimonio, or marriage, refers to how you pinch the vegetables and dip them into seasoned oil and is a nice way to include fennel in a vegetable platter. You can store fennel in the fridge for a few days wrapped in plastic.

The fennel leaves can be chopped and used in stocks or, for example, as a poaching ingredient for fresh fish. Fennel seeds are a popular ingredient when making pickles, sausage and salami.  Finally, fennel is very high in Vitamin C. 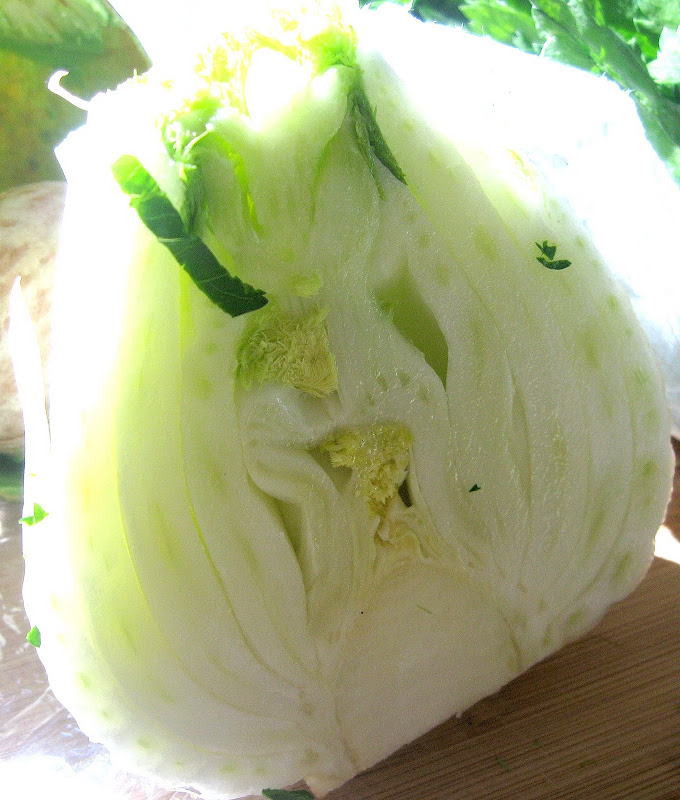