As Clifford A. Wright, the author of the wonderful book A Mediterranean Feast, writes:

The daily consumption of fresh meat began to decline by 1550 as the population was now fully recovered from the Black Death of two centuries before, and, as a result, more land was devoted to the more labor-intensive agriculture rather than stock rearing. As fresh meat consumption declined, the salting of meat grew to supply the men of many ships and to form a part of the meager diet of the poor.

Salt meat often took the form of sausages, and the sausage peddler in Italian towns was a familiar character. A document from the Spanish Vice-regent in Palermo on January 30, 1415 shows that lamb, pork, or sausages were bought thirteen days out of the month and macaroni only once a month. The sausages were usually purchased from street vendors and eaten for dinner.

The historic Mediterranean struggle against hunger resulted in a vast repertoire of fresh, dried, and salted sausages and cured meats. Although the origin of sausages is to be found in the classical period, if not earlier, it was during the Middle Ages that sausage-making abounded.

And so the world’s fascination and love affair with the mighty sausage began!  As a loyal Scordo.com reader you’ve no doubt read about our love affair with cured sausage or salumi, but we’re equally enamored with fresh sausage.  While seasoned pork or lamb sausage grilled outdoors can be considered one of the wonders of the world, the now ubiquitous sausage and peppers recipe can be equally satisfying if prepared well and with high quality ingredients. 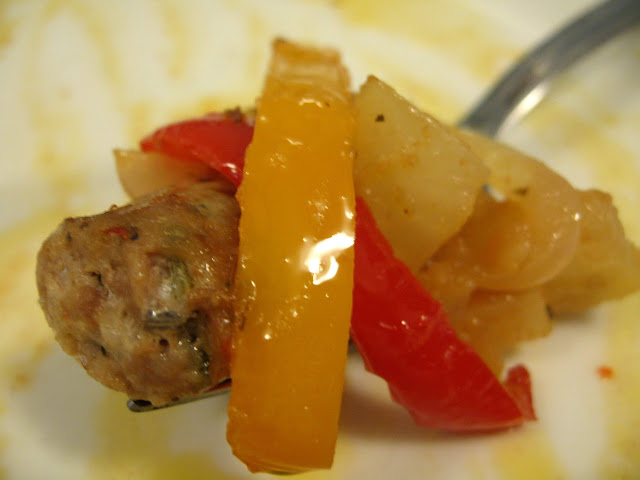